I have occasionally featured Mrs Widds and her exceptional baking skills on my blog as ‘Mrs Widds Bakes’ – prime examples of which can be found by doing a search for Mrs Widds Bakes, where you will find such gems as THIS.

Due to her expanding skill-set she is now also our resident Fixer-Upper.

But first … on a personal note, I was promised snow the other night. It didn’t happen. I am … disappointed.

For those new to my blog one of my little, quirks, lets call them, is an (‘over’, some might say) enthusiasm for snow. It’s in my genes.

I was born in the northern hemisphere, (in a little town called Rochford, in the county of Essex, England) but for reasons that were never adequately explained to me, my parents chose to emigrate to Australia when I was 2. Had I been able to voice an opinion at the time I would’ve voted for the alternative destination, Canada.

The ways of one’s parents are inexplicable.

It took me 42 years but I did manage to get here (Canada) by 2004. Having been so long deprived of snow I have since discovered a deep well of (insanity, some might say) joy when the fluffy white stuff falls from the sky. …

… back to Mrs Widds and her evisceration-ing.

Out little cottage used to have a real fireplace but a previous tenant used the flagstone hearth as a base for his firewood splitting endeavours. Needless-to-say the owner wasn’t at all impressed with the mess he left behind and removed the fireplace.

Mrs Widds and I grew up (separated by the Pacific Ocean) with fireplaces, so we decided to use the old fake-it-’til-you-make-it principle, and, as all our power here on Widder Island is sourced from electricity, we bought ourselves this fabulous electric fan heater. 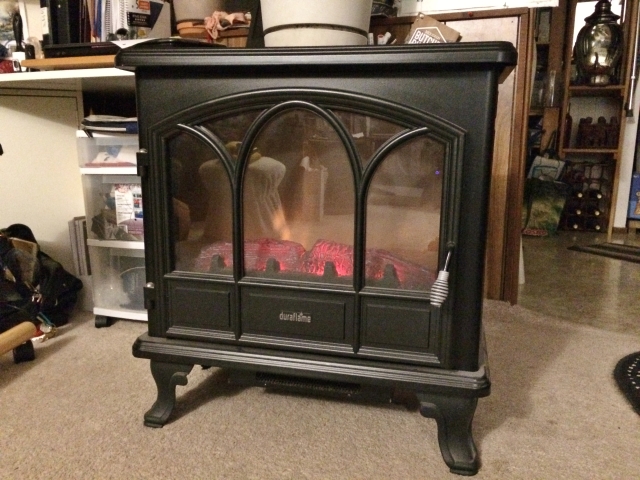 Although you can’t really see it at all in this hasty photo, the flickering light is rather lovely to stare into on a cold winter’s eve whilst sipping one’s chai-latte

Then a few years later, it suddenly died!

Wailing and gnashing of teeth was heard across the land!

Then it started again.

Great rejoicing was heard, you guessed it, across the land.

Then it died again.

All was not lost however, because Mrs Widds, fresh from her triumphant carburetor replacement on the generator. (which can be found HERE – you have to scroll down a bit, and HERE) swung into action.

I on the other hand, retired to my computer with chai-latte in hand and proceeded to work on my ‘How to become a YouTube video-making Mavern’ (not real name) course for our Wunder-Lusters adventures next year.

… and isolated the miscreant …

Corrosion of the miscreant-y kind

It turns out one can’t just replace these tiny wires by themselves, or even with the plate they’re connected to, no one has to buy the whole assembly.

Some reassembly will be required . The bit at the front is the heating element and the round thingy at the back is the fan

The upside is that Amazon carries many of these gizmos that are slightly less powerful and fairly cheap, (and probably will fit, probably) but to get one exactly the same as this we have to pay pretty much double the price.

We are currently quandary-ing the odds, and consulting the bank balance … will update soon.

Mrs Wids is reading her way through our local library. Recently she came across a wonderful Australian murder/mystery series by Kerry Greenwood, The Phryne (pronounced ‘fry-knee’) Fisher Mysteries, set in Melbourne during the Roaring Twenties.

One day not long ago she (Mrs Widds, not Phryne) was sitting in her favourite armchair in our study with her broken foot perched at a jaunty angle on her favourite footstool. I was nearby typing away, rather noisily I must admit, in full creative flight when I heard a series of ascending indignant grumbles and harrumphs, followed by words somewhat coherent and entirely unsuitable for young ears.

“Look at this!” she said, and poked an accusing finger into the book on her lap. I looked, and silently handed her an eraser.

Portholes rather than French windows?

I don’t write in printed books. It goes back to my childhood, I think, when books were scarce and precious portals into far-away worlds. Also it just seemed … well … bad mannered.

When I come across a big typo, I’m a little annoyed ( a helluva lot less now than I was before I started my writing career) because it stands out like a sore thumb and throw me out of the story.

But these weren’t just your everyday typo corrections.

Even in the days before the interwebz, readers had a way to contact an author, or their publisher, and inform them of such things as typos. Now, social media makes it so much more simple. We can leave messages/comments on author blogs, websites, twitter, youtube, facebook, whatever and engage the author in a dialogue. 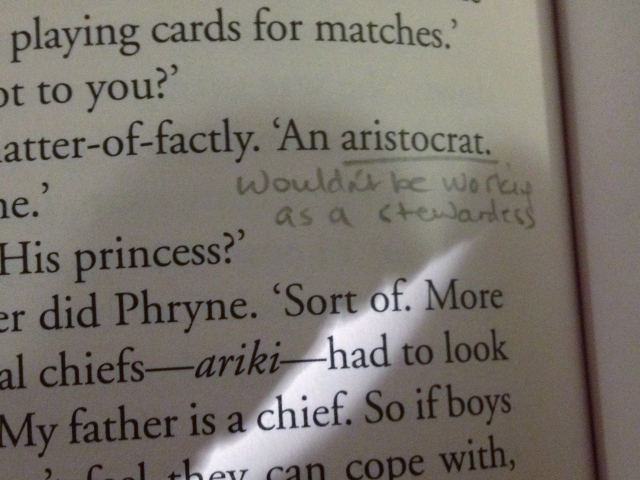 … this is just disrespectful 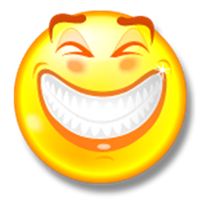 Mrs Widds made me an angel food cake. She makes the best Birth Day cakes evah!

I saved you a piece

We hung out and had pizza for dinner.

Yeah, yeah. Time for my close-up

But before we get to that, here’s some good news. In November I had my 1-year-later cancer scan, and everything was clear.

And … HAPPY NEW YEAR to everyone … so glad to see we all made it, although it was a close call for some of us. All I can say is I’m so glad you decided to stick around.

On with the show …

‘Twas the season for all things made with flour, fats and sugars, namely cookies and tarts … And inspirational songs, ritual feasts and fastings, and Santa, and for those who follow some traditions, a birthday.

Our big day is Winter Solstice.

Mrs Widds and I make special food, and release the year past to welcome in the new year to come, and other stuff to honour our spiritual traditions.

Then we start the baking for the family.

Since we’ve been here on Widder Island we’ve actually had the space to host our immediate family’s Christmas Day feast and present sharing. One of the most requested feasting items are baked goods, of which Mrs Widds is the unparalleled Mistress Of Baking. (I am merely the gorgeous assistant and quality control advisor)

First there’s the mixing of ingredients. 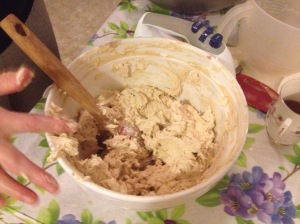 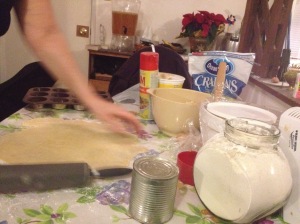 Only Mistresses of Bakings know the secrets of perfect pastry

Then there’s the placing on trays. 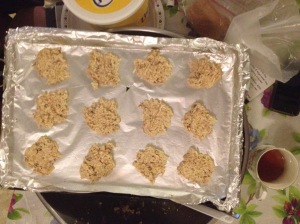 Then there’s the baking and subsequent eating. (and these are the ones I thought to take pictures of) 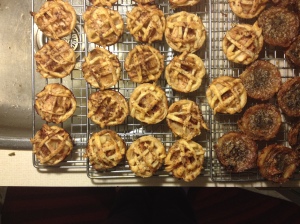 for something savoury, mini quiches, and …

Needless to say the Widds family was well supplied for months … Seriously? Months? … these lasted for as long as it took them to drive home and open their Goodie Baskets!