Things are moving along a little faster than we expected.

Just before the pandemic closed down the world last year, Mrs Widds started working at a temp job that, luckily for us was in an essential industry.

At the beginning of February I did a wee Wunder-Lusters update, wherein we were planning to initiate the new and revised plan by the middle of this year-ish.

As the song goes, ‘t’aint necessarily so,’ folks.

Mrs Widds discovered today (Monday) that the company she’d worked for all through the pandemic pandemonium of 2020, was taking applications to fill the temp job she’d been working for the last year, with a permanent employee. Interviews for which got underway today, and Mrs Widds will be cleaning out her desk by the end of the week.

We were thinking that the job would wind down by May/June-ish anyway so we were ramping up our preparations with that timeframe in mind.

I understand the company’s position about the costs involved in hiring a temp versus paying an employee, but for fucks sake they could’a held off for another month or two.

So, money’s tight again, and the curve of our adventure has edged closer to vertical by about six weeks.

Are we freaking out right now? 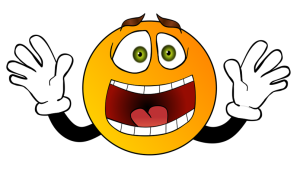 Not at all. Why would you think that?

In honour of our, hm, let’s call it , ‘enhanced’ timetable we have declared the rest of this week to be, FREEK WEEK … where all manner of squeaking, shrieking, weeping, freaking-out, procrastinating, denying, and assorted other coping mechanisms and stress release vocalisations are encouraged.

After that our motto is going to be, ‘It is what it is’, and we’ll get on with it.

I encourage you to take advantage of this burgeoning international movement and embrace your inner and outer FREEK WEEK, and then get on with it too.