Seriously, France? You’re planning to put machine guns and laser weapons on your new satellites by 2030, and you’re calling it ‘reasoned arsenalization’? You know, just in case any of those uppity ‘foreign’ satellites start to invade. 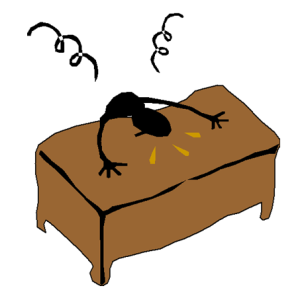 According to an article today, on Space.com, this insanity is actually a thing. A thing that is obviously in ‘response’ to the US plans to create a ‘Space Force’ of its very own. (not that anyone would ever admit that, of course)

Given the ‘civilized’ nature of the modern human, I suppose it was inevitable, but calling it ‘reasoned arsenalization’ is just apathetic. Where’s the zealous acronymization of M.A.D. I ask you?

M.A.D. stands for Mutually Assured Destruction. One of the many insanities to come out of the ‘cold war’ between the US and the Soviet Union.

Please note: sarcasm mode has been engaged for most of this post.

27 comments on “‘A reasoned arsenalization’”