It’s been a long 6 months since I took this picture of our Tree. 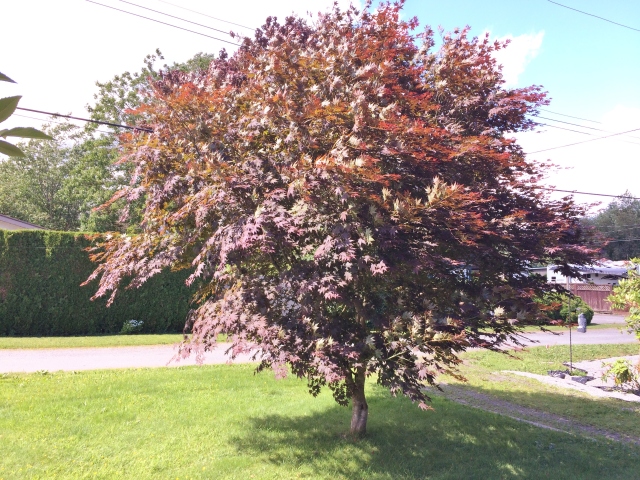 An unusually clear day in our Summer of Smoke

The heat, and the smoke, and my ‘chitis, lingered long into Autumn. 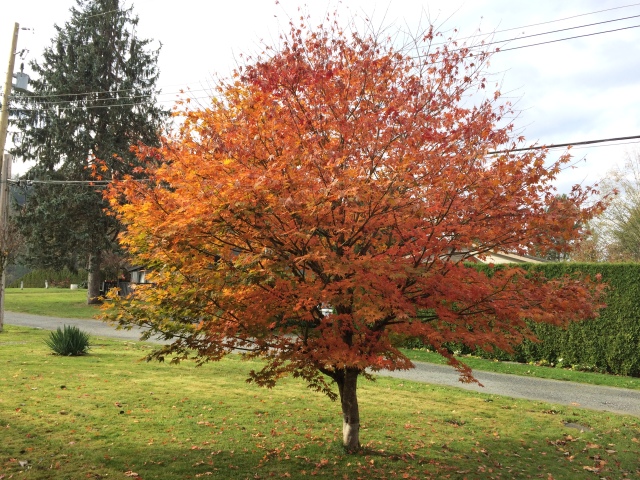 But the leaves did eventually start to turn

Winter’s first chill put a halo of frost around the fallen leaves. 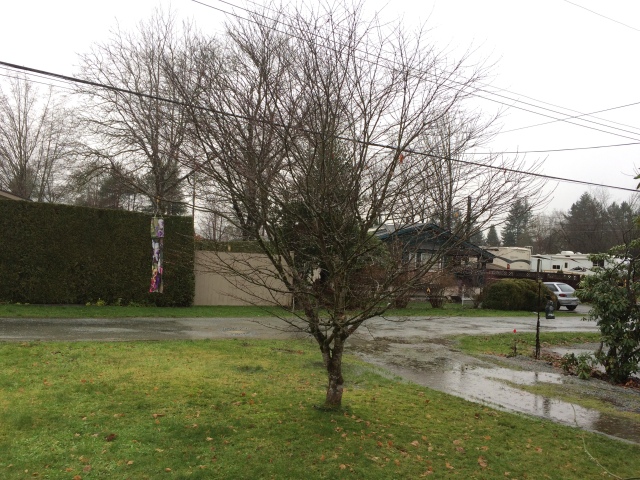 After the summer we had I wasn’t about to complain

We put up some Christmas decorations …

If you look close you can see real fairies with their wee lanterns lighting up the glitter. 🙂

… and had ourselves a merry little (white) Christmas.

Coco the Community Cat came to visit and admire the view.

Of course I’m not going to look into that strange thing you’re shoving in my face. It could steal my soul … and then you’d be sorry! 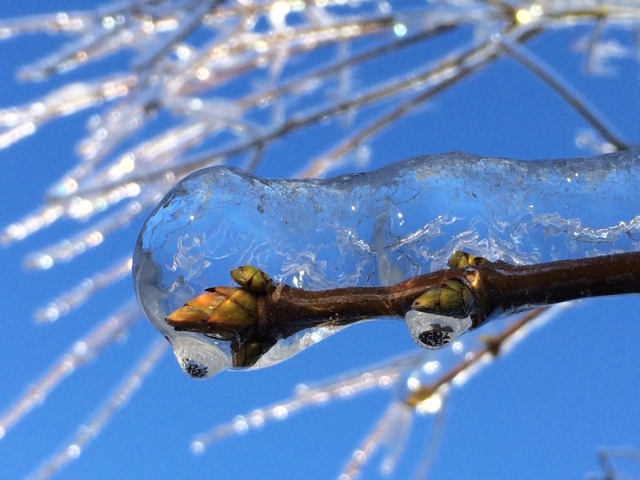 I probably shouldn’t’ve budded this early

Trees bowed and broke under the weight. Power lines were knocked out. We knew it was coming, there’d been enough warnings from the weather bureau. Our 72 hour emergency plan stood us in good stead, but we were stretched to the limit at the end. Now we have a 144 hour (6 day) emergency supply of fuels, (gasoline, kerosene, propane) and storage and purification capacity for 120 liters (31 gallons) of water.

The staccato sounds of falling trees snapped through the crystal air without cease.

Bending under the weight

What was beautiful and soft turned into dangerous and beautiful.

A neighbour’s maple trees became a curtain of ice

Ice everywhere, over everything 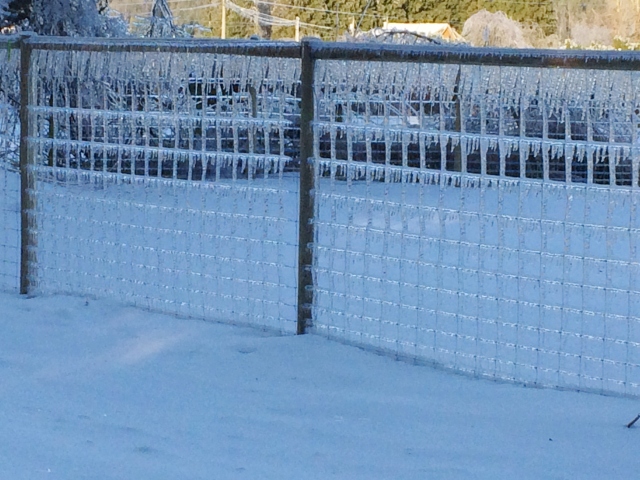 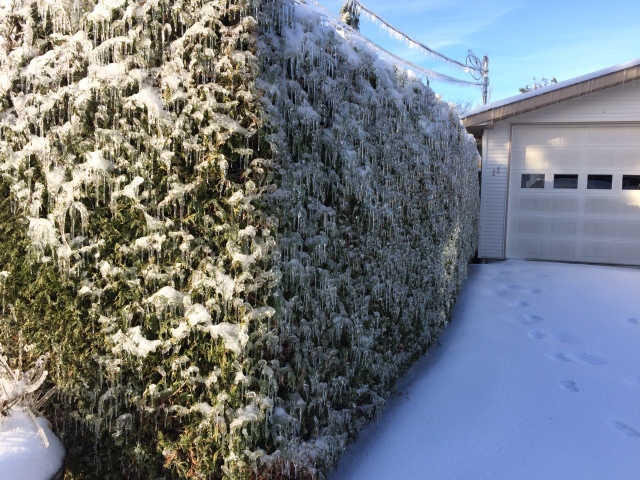 The hedge across the way became a frozen waterfall

We sat in our little house, snug and warm, and read, and passed the time disconnected from the rest of the world, but at peace with it as well.

Two major branches, gone. Frozen to the ground, waiting for the thaw

As did a deer, who must’ve come across the lake after it froze

In spite of all the damage across our island and indeed the entire region, we held no animosity, perhaps a little sorrow, but in the face of such a beautiful blue sky, it didn’t last.

32 comments on “The Winter Tree”